The Branch Ranch has raised registered Brangus cattle since the early 1980’s and for the last three decades we have continued to improve our herd. Our genetic base, in conjunction with our Rough and Ready program, ensures that every animal sold is a superior value due to their resilience, stamina and reliability. We serve both the purebred and commercial industries. 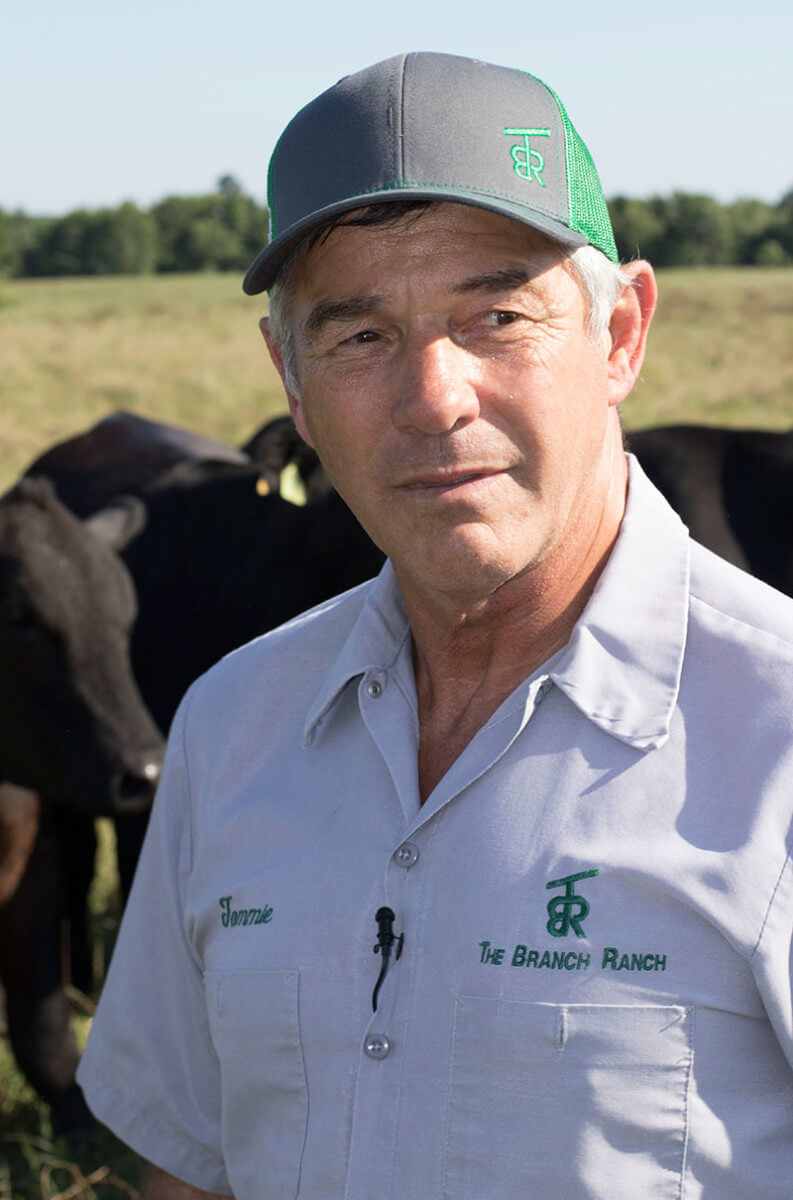 Tommie Rogers
Tommie L. Rogers was born and raised in Abbeville, Louisiana and is the son of the late J.C. “Black” and Effie Rogers, also of Abbeville. Tommie is married to Janice Fortner Rogers, with whom he has four lovely daughters and eight grandchildren.

Dr. P.O. Landry and Tommie’s grandfather, Chon Broussard, introduced Tommie to the world of animals and open land as a young boy. He spent countless days playing “Rawhide” in the open fields of Delcambre. These early childhood experiences solidified Tommie’s desire to pursue his love of land and animals.Tommie's bond with his father was one of mutual respect and understanding.  His father instilled in him, from a young age, the will to never give up on your dreams; quitting was not an option.

Upon graduating from the University of Southwestern Louisiana, Tommie ventured into the oil industry working for several service companies in the Gulf of Mexico. In the late ’70s, he started his own oil tool service company, Rogers Oil Tools Services, Inc. where he was the owner and president for 30 years. As a result of his innovative ideas and ambition Tommie lead Rogers Oil Tools Services, Inc. into an internationally respected brand.

While pursuing a career in the oil industry, Tommie was presented with the opportunity to buy land and live out a childhood dream. In 1982 Tommie bought his first piece of land in the town of Branch, Louisiana. With just six cows, he began a second career in the cattle industry by establishing the Branch Ranch. He was determined to build a successful cattle operation. As his daughters matured, Tommie introduced them to the cattle industry through the 4-H program, where he supported them with beef cattle for their projects. For about 12 years Tommie and his daughters traveled around the country showing Brangus cattle. Through the years, Tommie developed valuable relationships with area cattlemen as well as cattlemen throughout the country. The condition and value of his animals, as well as the honesty of his opinion, afforded him the respect of cattlemen everywhere.

Tommie served as President of the Louisiana Brangus Breeders Association (LBBA) for eight years, during which time he also served on the board of directors and chaired various committees and research programs with the International Brangus Breeders Association (IBBA). Tommie expanded his interest in the Brangus industry even further when he served as President of the IBBA from 1999 to 2000. In the midst of it all, The Branch Ranch outgrew its original location in Branch, Louisiana. In 1996 Tommie moved the Ranch to its current location in Mansfield, Louisiana. The new property provided ample space for Tommie’s cattle operation, as well as room for expansion. The Branch Ranch continued to grow and in 2003, the Louisiana Cattle Festival and Fair named Tommie Rogers Outstanding Cattleman of the Year.

Big changes came for Tommie and The Branch Ranch in 2007 when he sold Rogers Oil Tools Services, Inc, which he owned and operated for more than 30 years. With more time on his hands, Tommie devoted his efforts to his herd and a new era of The Branch Ranch. This included the purchase of The Island Plantation property in 2012, located near Natchitoches, Louisiana.The addition afforded Tommie the opportunity to expand his cattle operation, making a bigger impact within the cattle industry. The property in Natchitoches, Louisiana is now the development center for weaned cattle and the Branch Ranch’s specialty breeding programs. It is also the host to the development center for the two-year-old breeding bull program while the main Ranch location in Mansfield is devoted to a registered mama cow operation.

Tommie’s success with the Branch Ranch is the result of hard work. He is dedicated to his craft and is always in search of new and innovative ways to enhance the cattle industry. 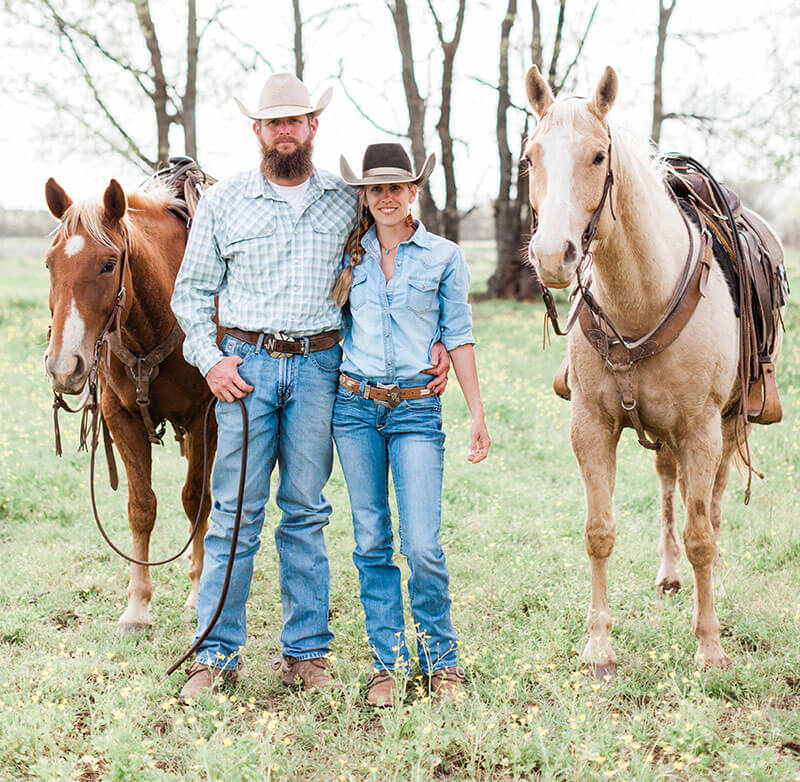 Justin Normand - Ranch Manager Mansfield Division
Justin was born and raised in the small town of Ruby, LA 20 miles south of Alexandria. He graduated from Pineville High School in 2001 and started college that fall at Louisiana Tech University. Justin graduated from Louisiana Tech in 2006 with a degree in Agriculture Business and became the supervisor of the Louisiana Tech Equine Center immediately upon graduation. He worked there for six years and in 2012 chose to turn his focus to raising cattle and became the ranch manager of a commercial Brangus/Braford cow-calf operation in northwest Louisiana. In May 2014 he married his wife Amanda after she graduated from veterinary school. Together, they have worked alongside each other at two commercial cow-calf operations for seven years. Justin became the ranch manager at the Branch Ranch Mansfield Division in June 2019.

For over a decade, The Branch Ranch’s Rough & Ready program has been providing reliable, “natural selection” bulls to satisfied ranchers throughout the Americas.